Do I have a viable car accident case? 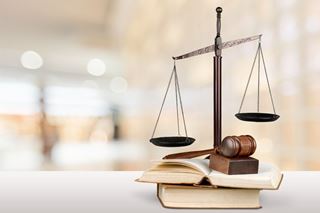 There are a number of factors to consider after being involved in a crash that might contribute to your right to compensation. Do you have a legal case to seek compensation in a court of law? Here’s the truth of the matter.

Seeking Compensation After a Car Accident

Every car accident is unique, and the basis for your case depends on the facts of the crash. Be aware that Oklahoma follows the “51 percent rule” regarding legal liability in accidents. This specifies that anyone involved in an accident and found to be less than 51 percent responsible can receive a damage award in court.

The 51 percent rule means that if your accident was caused by the negligence, recklessness, or carelessness of another driver, you may have the legal right to pursue compensation for expenses related to the crash in a court of law, even if you're found to be partly responsible for what happened.

However, if you're found to be partially responsible for the collision, your award amount is reduced accordingly. For example, if the court determines that you're 25 percent liable, your final award will be reduced by 25 percent.

Note that the other motorist doesn't need to have received a ticket or face criminal charges for the accident in order for you to seek compensation. A personal injury lawsuit is a matter for the civil courts, not the criminal justice system. You can also pursue a civil case against someone who has been arrested, convicted, and is in jail for the accident.

An insurance claim denial isn't the end of the road, either. Just because an insurance adjuster indicates the company doesn’t owe you a settlement in no way means you don’t have a case—but you may need to fight for it.

Scott Ray is a local attorney serving Lawton and other communities across the state of Oklahoma for over three decades, and he understands the tactics big insurance companies use to try and reduce or deny your claims after an accident. He also knows how you can fight back to get what you deserve.

Reach out today to schedule a free initial consultation and learn about your legal options.